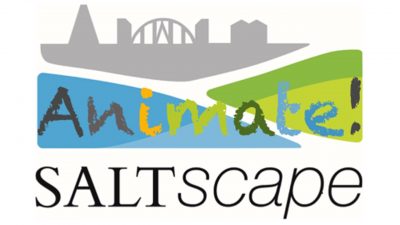 On Saturday 18 March, between 10.30am – 4.30pm, the multi award-winning Lion Salt Works Museum will hold an action-packed, free ‘Super Salt Saturday’ to mark British Science Week. At 2.15pm, Animate! and a 15-strong team of Mid-Cheshire College students will perform ‘Saltscape Sessions’. Taking inspiration from the salt history of the region, this free 30-minute performance will take place in the spacious and atmospheric Thompson Suite.

There will be a salt-boiling display, an opportunity to make salty bath bombs and attend a ‘making salt’ workshop. There will also be free arts activities for children based around the theme of salt. In the afternoon the museum is delighted to be featuring a free performance of the ‘Saltscape Sessions’ by Animate! and Mid-Cheshire College, inspired by the salt heritage of the area. Visitors do not have to pay an entry charge to the Museum in order to take part in any of the free activities. For more information go to lionsaltworks.westcheshiremuseums.co.uk or call the Museum on 01606 275040.

The timetable for the day is as follows:

·         During the day, Lion Salt Work Trustees will demonstrate the centuries old tradition of boiling brine to make salt crystals -a hallmark of Cheshire’s salt industry since Roman times.

·         ‘Making Salts’ workshops and art workshop, organised by the Museum’s volunteers, will run throughout the day.

There is no need to book for any of these events.

Councillor Louise Gittins, Cabinet Member for Communities and Wellbeing at Cheshire West and Chester Council, said: “Salt defines Cheshire and because salt is an important catalyst in many chemical processes, it is one of the reasons why our region has always had a thriving chemical industry.”

“As one of the last open-pan, salt-making sites in the world, the Lion Salt Works Museum is the ideal location for promoting British Science Week. We are delighted that Saltscape’s Animate! Project in conjunction with Mid-Cheshire College will be adding to the interest and fun of the day with their beautifully planned and choreographed performance.”

Nicole Morris from Animate, said: “The ideas for the Saltscape performance came from a trip to the Lion Salt Works Museum with the dance, music and acting students from Mid-Cheshire College. It’s fantastic the way they have taken inspiration from their local history and landscapes to weave together a collection of responses that draws on the salt stories that are quite literally beneath our feet.”

Last year, the Lion Salt Works won the UK’s top heritage project 2016 from the National Lottery following a nationwide vote. Owned by Cheshire West and Chester Council, the Museum tells the story of salt through fun and interactive displays. It also features a popular sound and light show and a ‘subsiding house’. There is free access to an industrially-themed play area and café, shop and butterfly garden. There is plenty of free parking on site.

The Lion Salt Works Museum was re-opened in 2015 after a four-year £10m restoration and has won two national restoration awards since re-opening. The Museum runs an imaginative year-round programme of activities, which this year includes being part of Northwich’s large ‘Easter Extravaganza’ initiative in which it will join Northwich retailers, Northwich Woodlands and the iconic Anderton Boat Lift in providing a day of free family fun on Saturday 15 April.