David James, a ranger working for Cheshire West and Chester has been immortalised as his very own cartoon character.

‘Ranger Dave’ stars in the final publication from the Saltscape Landscape Partnership. The ‘Saltscape Field Notes’ is a map, nature fact-file and heritage guide aimed at both at local people and visitors to the area.

Hannah Petrie from Saltscape said, ‘David is a very familiar face to so many people in Cheshire. He is a well-known figure to visitors, staff and volunteers at many of the county’s green spaces including Northwich woodlands and especially at Anderton and Marbury Nature parks. Hundreds of people have benefited from his vast knowledge of the history, plants, animals and insects of the salt landscape which he shares enthusiastically with members of the public during the many events he leads. So, we thought what better person to be the family-friendly face of this publication for visitors looking for a great day out exploring the Saltscape?’

‘Ranger Dave’ pops up in a series of fact files giving nuggets of information about the unique biodiversity of the area such as the flashes; created by the collapse of underground salt mines they are now important havens for wildlife.

David James said, ‘It’s not every day that you see yourself as a cartoon character. I reckon they’ve done a pretty good job. I’m quite flattered I suppose, at least they’ve got my legs right!’

The guide also contains some exquisite original watercolour artwork by Nicky Thomson from Lemondrop Creative who designed the leaflet for Saltscape in conjunction with Marketing Cheshire to entice visitors to the area. You can download the map and guide HERE or pick up at copy from the Rangers’ Cabin at Marbury Park. 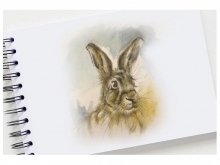 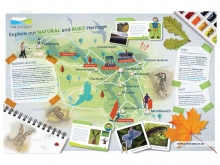 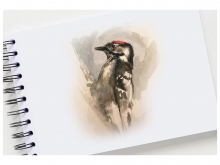 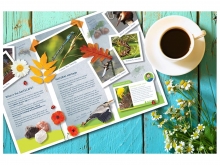 A historic brick hut on the banks of the River Weaver Navigation in Cheshire has been restored, thanks to the Canal & River Trust charity and Saltscape Landscape Partnership. Originally built as a small storeroom and shelter for Weaver bridge-keepers at the turn of the last century, the hut was once part of the impressive […]